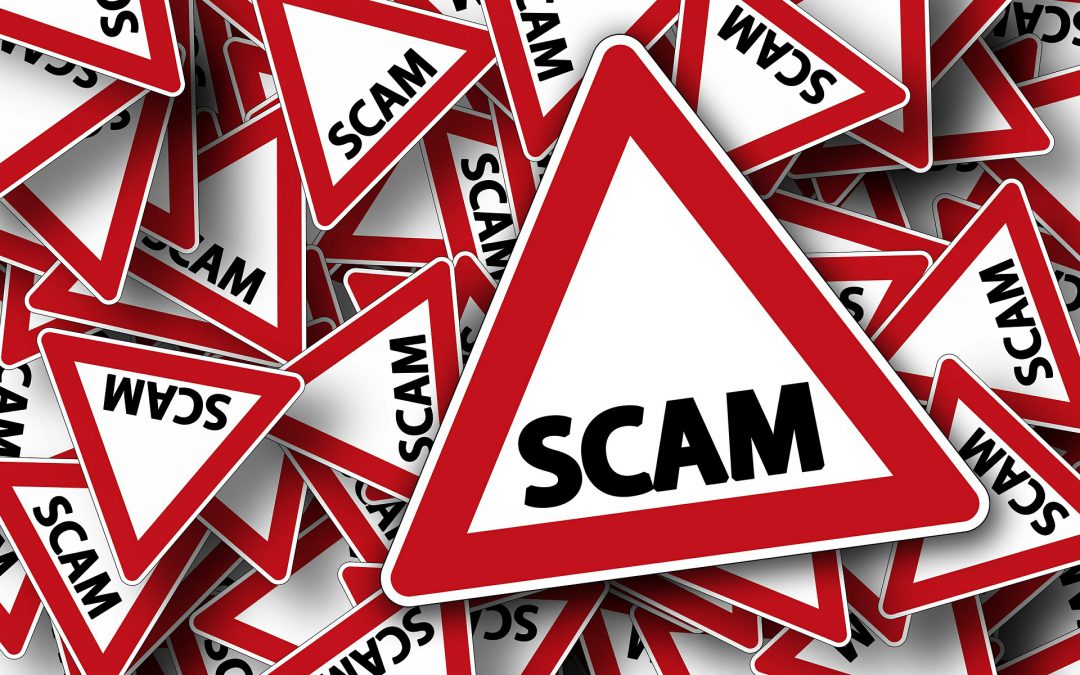 A computer can be a scary, unfamiliar place. Here at Just Fix It, we get that. There’s nothing wrong with being overwhelmed. A computer is a labyrinth of features and options, any number of which can have big implications. True story; one evening started with telling my mother that she could run Windows updates, and ended with walking her through using the Windows Recovery Console to rebuild her master boot record. It wasn’t anything she did wrong, sometimes computers just conspire to ruin your day.

When you’re in over your head, you’re often willing to accept help from anyone who claims the ability to dig you out. Unfortunately, there are people out there looking to take advantage of the lack of self-confidence some have when they’re placed in front of a monitor. Maybe you’ve even talked to them: someone from claiming to be from Dell or Microsoft call up and say there’s a problem with your computer, and that they’re going to fix it. Things just go downhill from there.

Imagine this: one day you’re minding your own business and you receive a cold call from someone claiming to be a representative from Microsoft or Dell. They tell you that there’s an “infection” on your system, and that it’s imperative that it’s fixed immediately. Sometimes they’ll show you “proof” by having you open event viewer, which logs the many alerts and errors that Windows quietly screams behind the curtain, hoping you’ll mistake the commonplace warnings for harbingers of your system’s impending demise. All of this is manufactured drama – social engineering – that has been developed to get you involved, concerned, and trusting.

Assuming you’re convinced, the scam diverges depending on who you’re talking to. Typically they direct you to a webpage and ask you to download software like TeamViewer that allows them to connect directly into your system (disclosure: there’s nothing sinister about TeamViewer, it can just sometimes be used for sinister purposes). Once connected, you may be told that your security software is expired, out of date, or insufficient. They will install malicious software under the guise that it’s for your protection or just direct you to a website to enter your banking information, telling you it’s to purchase magical software that will cure your system’s ailments. Whatever the end result, the purpose is to sponge as much money from you as possible, whether it’s through a phony purchase or by gaining direct access to an account.

It’s a scam that has been going on since around 2008, and it shows no signs of slowing down or stopping. Here at Just Fix It, most of the technicians have received at least one such call, but can only curse that we didn’t come up with a clever way to troll the scammer. Clients of ours have fallen prey to such scams, and even my grandmother has been targeted.

Other times you’re targeted by people who you’ve already entrusted with you money. The scam works like this: you buy a computer that was on sale on some infomercial. It was dirt cheap, practically a steal. You receive it, and despite the fact that it is loaded with some high-end hardware, it moves like a three-toed sloth with crutches travelling uphill through molasses in January. So you call the helpline that came with it.

The technician offers to help and gets connected to your system using support software that was pre-installed by the retailer. Then, much like the cold call scam, they will try to convince you that there’s a problem with your system. Maybe they’ll pull up event viewer and show you the errors, or perhaps they’ll simply show you how many processes are running in the task manager and say that there’s a huge problem. They’ll play on your fears that someone’s spying on your banking information, or that your system is vulnerable to any manner of infections. Again; well established social engineering that preys on a person’s insecurities.

Once you’re good and convinced that your system is teetering on the edge of chaos, they attempt to sell you some software suite that’s supposed to keep you safe. While this software isn’t likely to be directly malicious, it’s probably useless bloat that you really don’t need. It will cost you, though. Once you’re signed up, that wiz-bang $500 laptop is now a less palatable $800, or worse, is billing you monthly for software you didn’t need.

It’s not rare, nor is it secluded to a shady portion of the software industry. Big name anti-virus companies will often try to upsell you. Finally paid for the full-version of some security software and now you need to call a number to activate it? Beware, the person on the other end may try to sell you additional software or an upgraded subscription. It’s often unneeded, difficult to maintain, or simply not worth the price, but they’ll try every trick they know to convince you otherwise. And when you finally realize that you don’t need that software, they’ll try every trick in the book to convince you otherwise.

Plain and simply: Microsoft, Dell, Apple, nor any other OEM will cold call you. Period. If you’ve reached out to them to address an issue, that’s another matter, but they won’t simply call you out of the blue. Companies like Microsoft and Apple tend to collect a creepy amount of data from your system, but they aren’t monitoring for malicious software, so they don’t know or care if you have a virus on your computer. If you get a cold call from anyone claiming to be from a computer manufacturer or software vendor, just hang up.

A little knowledge goes a long way, but it isn’t always easy to know what’s best for your computer. However, the universal truth when it comes to your system’s health is to first get advice from someone you trust. When my Grandmother got a call from the Microsoft imposters, the first thing she did was tell them she’d call back, then phoned up family members who told her to ignore them. The same idea should apply when someone tries to upsell you on software; get some opinions from the people around you or your own friendly neighbourhood I.T. company. Get recommendations for how to improve the speed or reliability of your system. Chances are, it isn’t as difficult as these scam artist try to convince you of.