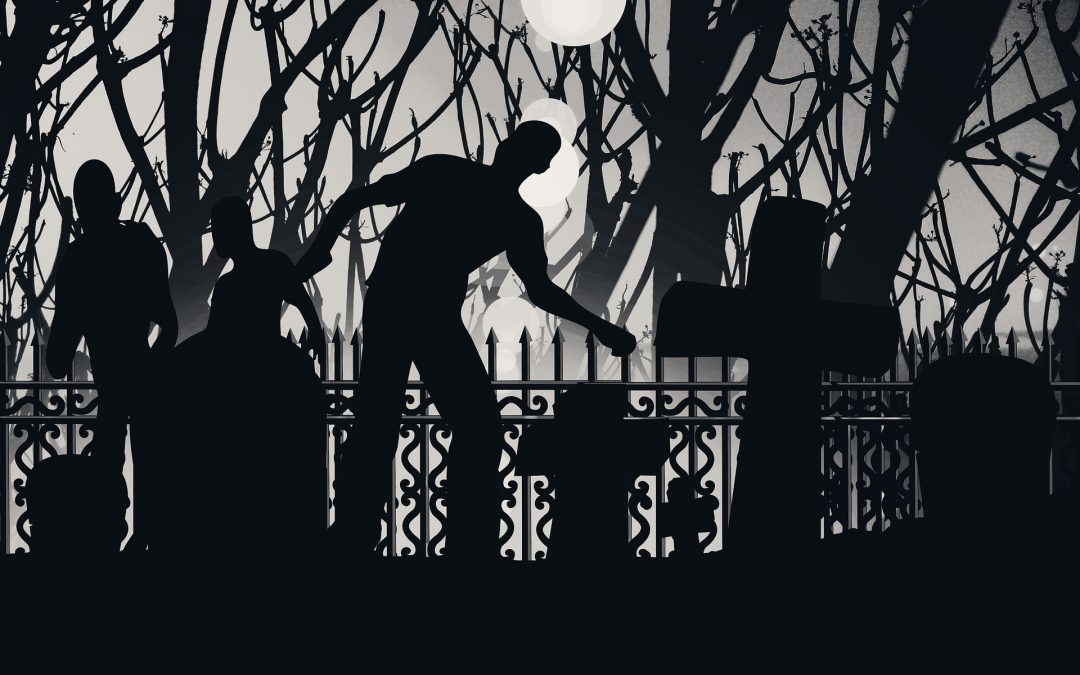 Do you know how to tell if your computer’s a zombie? It would be really convenient if we could check for the telltale rotting flesh and shuffling gate, but when it comes to computers, it can be very hard to tell when one has been zombified.Unless you’re brand new to computers, chances are you’ve dealt with a virus before. The little suckers are everywhere and can be picked up from almost everything. You’ve probably noticed one when your computer started acting funky or when your email randomly started spamming people in your address book, and only then did you scan your computer to see if it was one of those malicious bundles of script that were doing it. However, a lot of viruses are less obvious. Some prefer to work in the background, waiting for instructions before jumping to life to execute their dastardly purpose. Those viruses are typically called trojans, and they’re what enlist your computer into the legion of undead.

THE LEGION OF UNDEAD

We’ve touched on botnets in the past; hordes of infected zombie or bot computers, roped together to send spam or create large amounts of traffic to bring down servers. You may think that a reliance on infected computers would make botnets somewhat rare, but you’d be greatly overestimating the world’s cyber security. Botnets are actually so common that it’s possible to simply rent one, skipping the actual work of engineering and distributing a virus.

Unless there’s actually an obvious problem with their machine, most people don’t bother to think about their system’s security. Virus scans are only done when their computer starts redirecting their homepage to a dubious search engine, which means that a trojan could be silently executing in the background. One could be lurking in the shadows of your computer right now, waiting to strike!

How a zombie is actually called into action is one of the more interesting parts of the virus. Many of them just have their purpose built in, and will, for example, execute at a specific time of day. Others are commanded through programs like Internet Relay Chat (IRC), or will bury queries into something that accesses the internet, like a web browser, that will check for new instructions every time a data packet is sent out. This makes it especially hard to detect, as it disguises its communications within legitimate activity. My favourite example of this is a bot that would check a Twitter account that was posting instruction messages. It’s all about finding a covert method of communication.

Once the instructions are received, the virus then follows through, usually while remaining hidden on the system. If it’s sending spam, it may connect into a database of email addresses (also purchasable for a nominal fee), then send blasts of email to all the contacts there. Sometimes it will just send data packets to a targeted server in an attempt to overwhelm its security and bring the server to a crawl.

Regardless of the purpose, the less obvious the action is, the more likely that the botmaster will be able to maintain their legion of bots. It’s no good if the virus is instantly recognized, because then the infection gets blocked or removed. Blasting out tonnes of spam from a single system is a bad idea, since a spam filter may block it, or an ISP might pick up on the malicious behavior, then disconnect your internet.

PUSH BACK THE HORDE

So how do you prevent your system from becoming undead? Simple; run a virus scan every once and a while. Like right now. It’s Hallowe’en, so it’s the perfect time to kill a zombie.

Most version of Windows come pre-installed with Windows Defender, which should be competent enough to move these trojans. If not, we like to use Malwarebytes on the help desk, and it’s typically robust enough to catch one of those malicious parasites in the act. If you’re looking for more protection, make sure you sign up for more significant protection from something like ESET or Vipre. The internet will thank you for not let these zombie shuffle about.