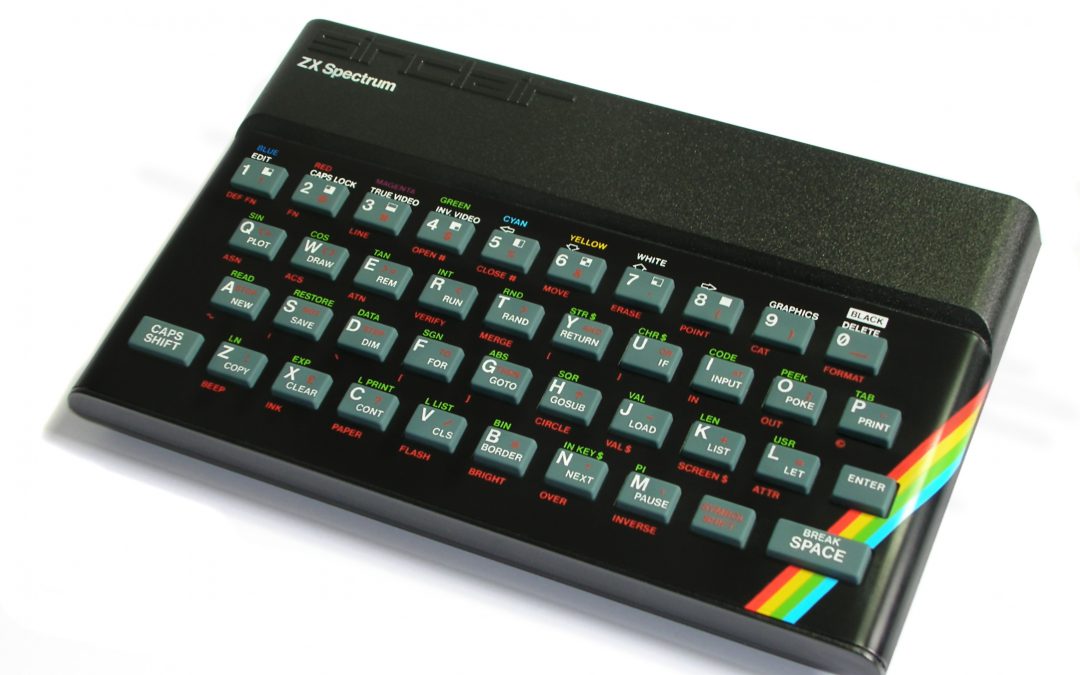 You need only look in your pocket to find evidence of how far computers have come. From the monolithic vacuum tube mainframes of yesteryear to the dizzyingly complex smartphones we now take for granted, the evolution of our computational devices is as fascinating as it is rapid. But the technology wasn’t dropped into our laps overnight, it’s taken a great deal of iteration and the odd breakthrough to reach this point. As it is with most things, sometimes a look back is important to keep things in perspective.

MICROCOMPUTERS IN THE UK

While the big players in North America hashed it out through the 80’s, the microcomputer market in Europe was a far different beast. The 1977 trinity (the Apple II, the Commodore PET, and the TRS-80) signified the arrival of personal computers to the wider market, but they were still pretty pricey when Sinclair’s ZX80 hit the UK market in 1980. Originally released at £99.95 (or cheaper if you bought it in build-it-yourself kit form), the ZX80 was immediately a hit. It sold around 50,000 units before it was replaced by the even cheaper ZX81 in 1981.

It’s the ZX81 that would rocket Sinclair into the public consciousness. Introduced at £69.95, it was practically a steal, even with all its drawbacks. It used the same processor as the ZX80 (a Zilog Z80, hence the name), so it ran at the same speed. In other words, it was excruciatingly slow. Worse yet, it had only 1KB of RAM. You could get a 16KB expansion module, but it plugged in externally and was notorious for coming disconnected and losing your data. The ZX81 Operating Supplement actually suggests taping the RAM pack to the computer to prevent loss of data. Despite this, the low pricetag ensured that the system remained massively popular, straight through to its discontinuation in 1984.

In 1982, Sinclair was ready to release the successor to the ZX81: the Sinclair ZX Spectrum. True to its name, the Spectrum was Sinclair’s first microcomputer to display in a dazzling array of 8 colours. While the ZX80 and ZX81 were produced to be as cheap as possible, the Spectrum was presented more as a competitor to the rising tide of competing systems; many of which could already display in colour. The hardware itself was pretty similar to the ZX81, using a slightly upclocked processor called the Z80A. It originally launched with the option of either 16KB or the more expensive 48KB of RAM for £125 and £175, respectively.

Despite the higher cost, the Sinclair Spectrum sold like hotcakes, just as its predecessors did. It was originally only available for order through mail, but Timex, the manufacturer of the Speccy, was unable to keep up with demand. The backlog grew so massive that Clive Sinclair offered a public apology to people who were left waiting for theirs to arrive.

The Spectrum had its drawbacks, of course. It was, after all, much cheaper than the competition, and certain compromises had to be made to keep the price so low. Like the previous iterations of the ZX, the Spectrum was glacially slow. It could display a total of 8 colours with two brightness values each, but only two colours could be displayed on each 8×8 pixel block, which often resulted in horribly clashing combinations. So terrible was the system’s graphical palette, that it’s readily obvious when an image has been produced on the hardware simply by the ocular distress that its mangled salad of colours transmits.

There were also issues with the hardware itself. Both the ZX80 and ZX81 had one-piece membrane keyboards that made them nightmares to try and touch-type on, but the Spectrum ditches that for rubber keys. Having actual keys could definitely be considered and improvement, but they had what was commonly described as the feel of “dead flesh.” Throughout its lifespan, the Spectrum received a few updated models that, among features like more RAM and better audio, featured more functional hard keys.

Over here in North America, we didn’t really see much of the Spectrum. Timex brought over a few models to market, but they failed spectacularly in a land dominated by the Commodore 64. Over in the UK, however, its impact was huge and it’s fondly remembered by those who used it. It’s relatively cheap pricetag ensured it landed in the homes of many families who were curious about the computer-driven future. In particular, a number of great video game developers first cut their teeth on the system, including Tim and Chris Stamper (founders of Rareware), Julian Gollop (creator of X-COM), and David Perry (founder of Shiny Entertainment).

By the time the last Spectrum model, the Spectrum +3, was discontinued in 1992, the series had sold over 5 million units. It’s creator, Clive Sinclair, was so respected for his contribution to the computer industry that he was even awarded knighthood. So while it may be an unknown commodity on our side of the pond, the Spectrum’s contribution to computer history cannot be overstated.